John Welch at the TTABlog—an incredible source for all things TTAB—recently reported about the TTAB’s decision to reverse an examining attorney’s contention that the following mark is associated with Disney and Mickey Mouse: 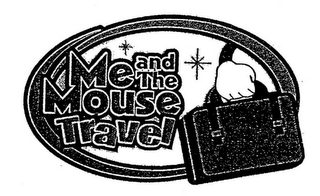 The Board spent most of its likelihood of confusion/false association analysis on the use of THE MOUSE and the the white-gloved hand.

From the opinion, the standard here is as follows:

Right off the bat, the mark clearly looks to identify Mickey Mouse and Disney. The hand looks like Mickey’s, the use of MOUSE further adds to that, then the twinkling stars and similar font bring it all together.

Mickey Mouse is iconic, well-known around the world. If thought of as a celebrity, he might be the most recognizable celebrity (this is pure speculation, but I feel confident). It doesn’t take much to call him to mind, and for me, this clearly does that.

As to the Board’s analysis, for the use of THE MOUSE, it decided that the usage was not enough to create a likelihood of confusion or association with Disney. Even though the Board acknowledged “that an applicant may be subject to a Section 2(a) refusal by taking only a portion of another’s identity, if that portion is a significant or key element of the identity,” it didn’t think the use of MOUSE was enough.

(But what about the use of MOUSE, the hand, stars, and font, altogether!)

The Board, and attorneys, do this often. They dissect a mark, pulling apart words, syllables, arrangements…the number of fingers on a hand. I think this is an important part of any trademark analysis, but, as is well known in trademark law, the entirety of the mark is what matters. How will an ordinary consumer perceive the mark as a whole?

So, although the mark uses MOUSE but not MICKEY, and the white-gloved hand has four fingers and not three, and whatever other nonsense the Board argues for why there is no issue because a discrete feature of the mark is dissimilar to the Mickey Mouse character, taken as a whole, the mark clearly associates with Disney and Mickey. Yes, the font, wording, and gloved-hand are not identical to those used with Mickey, but, they don’t have to be to create a false association, and, any halfway-decent business, attempting to create an association but not infringe, is not going to directly copy.

The Board wants to parse this mark more than it should. I think the examiner had it right, and I have a hard time believing that an average person would see this trademark and go through the analysis the Board used and determine, therefore, there is no association. If the mark is not meant to create an association with Mickey Mouse and Disney, then what is it doing? I can’t imagine any other purpose.

As they say, the applicant might have won the Ex Parte battle, but will it win the Opposition war?

View all posts by Mike Fretwell

This blog is not legal advice. This is simply a blog about the law. If you wish for me to assist or represent you with a specific matter, please contact me.